YA to Adult_Fiesty_Multi char
1stP POV

YA to adult Fiesty character

Stories of the South

Erin Moon (aka “Felicity Munroe” for all romance) is a classically trained professional AEA/CAEA/SAG/AFTRA actress and dual Citizen of the USA and Canada.

In 2005, Erin started in audiobooks in post production and directing, as her actor survival job (learning from and working with the incredible narrators who MADE this industry!). In her time at Recorded Book in NYC she directed well over 300 books and edited another 300 at least, in between performing theatre gigs across America. She has been narrating, directing and coaching exclusively since 2009.

for all major pubs

She is celebrated for her facility with accents and characterization having narrated entire books in multiple southern accents, general American, Canadian and British as well as frequently portraying characters with Irish, French, Italian, Scottish accents and more. She is also one of 6 narrators to record the canon of The Baby Sitters Club, narrating the 21 books of Stacey.

Having been a professional actor for over 20 years Erin has been seen on: L&O SVU, Off Broadway and in regional theatres in the USA and Canada. She is a 5 time contributor to the Good Life Project podcast and was a guest on the Superwoman Chronicles and Together Guide Podcasts (click here to listen).

After 13 years in NYC she now lives, narrates, coaches and plays in beautiful Vancouver Canada on the unceded and ancestral territories of the Musqueam, Squamish and TsleilWatuth peoples. 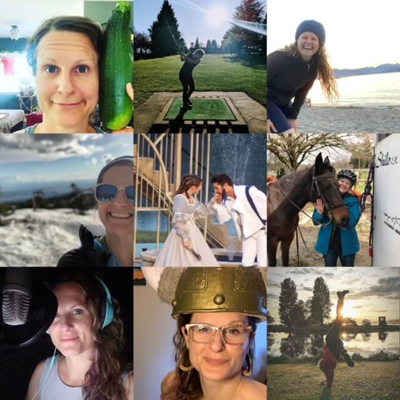 FUN FACTS about Erin in the first person:

Moon’s expertise at a number of Irish brogues is a treat to hear, and she deftly illuminates the subtle cultural differences that Maggie must adjust to. The audiobook also stands out as Moon sings the songs of various characters, giving them depth and emotion through the music.

I love narrating. And I especially love working with Erin and learning how to be inside the story. Her approach is straightforward, truly kind, and effective as all get out. 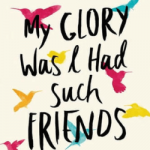 Narrator Erin Moon strikes just the right emotional notes as she delivers Silverstein’s account of her incredible journey toward an uncertain third chance at life—-Moon captures all the poignancy, tension, fear, and joy.

- My Glory Was I had Such Friends,
Audiofile Magazine

My audiobook—the first full length fiction novel I had ever recorded—went on to be a Kobo Audiobook of the Month pick and received a starred review from ALA Booklist. This wouldn’t have been possible without Erin. 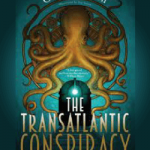 Narrator Erin Moon’s crisp, versatile alto is well matched to this steampunk adventure with a murderous twist. — She is forceful and gifted with accents; she shifts between characters easily, maintains a suspenseful pace, and portrays Rosalind in a spirited and engaging manner. 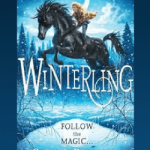 Erin Moon uses an even tone to portray Fer as a practical, normal girl, but all of the magical creatures have unique voices that match their natures in the other world.— Moon’s narration provides a bright spot.

Working with Erin has nurtured my narration in the best possible way! No matter what angle of audiobooks I want to look at with her, she always brings incredibly precise advice and techniques that get me exactly where I need to be.

Narrator Erin Moon strikes just the right emotional notes,— Moon moves deftly between straightforward reporting –to a softer, contemplative tone for Amy’s musings and the intimate aspects of her story.

- My Glory Was I had Such Friends,
Audiofile Magazine. 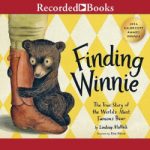 Narrating a Caldecott Medal-winning book is both an honor and a challenge. Erin Moon rises to the occasion. She is the gentle mother telling a family story to her young son, Cole; she is the wondrous young son himself; she is the adventurous, young Canadian soldier; and she is the storytelling father who takes his son to see a bear at the London Zoo. Listeners will treasure this story.

The two additional actresses give stellar performances. Erin Moon portrays Scarlett with the snarky, feisty attitude of a girl who’s been disfigured by a Fenris and is passionate about killing them. Terrific YA listening

Erin provided me with a solid foundation to break into the wonderful world of audiobooks, not only with the vocal techniques and character building aspects of it, but confidence and business foundation to make audiobooks a tangible career path for me, transcending language or cultures. 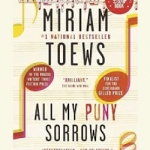 Erin Moon narrates — Using a world-weary voice, Moon draws listeners into this world. Moon successfully conveys, in every word, the pain, hopelessness, and despair of Yolandi.

- All My Puny Sorrows,
Audiofile Magazine 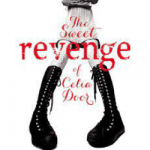 Erin is an absolutely amazing coach! With a stellar ear she figures out exactly what you need (in record time), and guides you in the right direction with a very smooth and easy coaching style. 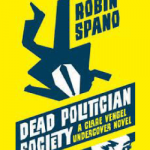 Narrator Erin Moon does an admirable job with an assortment of characters, alternating competently between men and women, students, and others. She gives Clare a steady, even-keeled tone and stretches nicely with her voices for suspects and supporting characters. Moon deserves credit for keeping listeners engaged as the mystery is unraveled.

Erin knows how to put the clues in the text together like a puzzle and I always leave a session feeling more confident in my abilities.

Narrator Erin Moon ably handles this twisty tale of intrigue. She smoothly delivers French pronunciations and medieval vocabulary. Overall, she elevates the story with her warm and tender portrayal of a young woman who must understand her role as a spy, avenger, and lover.

It is a wonderful experience learning from someone who is so talented in what she is teaching you and at the same time; kind and understanding.

“The many stories we weave”

Erin Moon’s consistency with even the strangest voices and worlds elevates every project. Working with her is a true collaboration, and an experience I look forward to repeating. Simply put, Moon is one of the best narrator’s in the industry.

Finally listened to Dazzle Patters–I am in awe at the skill you brought to the work-how you inhabit the characters. I feel se privileged to have had the book land in you expert hands- Thank you for bringing it to life.

I am listening to chapter one. You have me in tears as it is a dream come true. I never thought I would find the perfect narrator. You are reading it perfectly. Cannot put it down. Thank you Erin. I cannot tell you how much this means to me.

Working with Erin for the audio version of my latest book was deliciously smooth and easy while being a master class in professionalism and a relentless commitment to the highest possible production standards.
Because my book is based on a personal story I was a bit nervous about having someone else narrate it, but Erin treated it with great love and care and I’m beyond thrilled with the final product.

You brought LIFE to the characters (Greek, Scottish, English, New Jersian, mafiosos, even the two young Wisconsinites!). Your very tone changed amusing text to outright laugh-out-loud funny because of timing and innate comedic talent. You developed delicate levels between sadness and melancholy, to downright indignant anger and fury in your voice.

- Donna Van Braswell,
Author, The Daughter of the Ancients.

I’m so blown away by your narration. I’ll admit I usually find it very hard to listen to my own books but you actually made me sink into the story and I forgot I wrote it lol. You really capture Skylar and it’s one of my favorite narrations ever.

Her narrative voice is absolutely perfect. My characters are female, male, human, supernatural, paranormal, angelic, demonic, magical, undead, and even animal and she slays every single one. Felicity’s dramatic and comedic timing is impeccable, which is essential for a series that relies equally on suspense, action, excitement, and humor.

From the first word to the last, I was completely captivated. Not only did she truly capture the essence of Eleanor and Dante’s love story, she did so in a way that truly brought these characters to life. Her portrayal of Dante, complete with sexy Italian accent, was more than I could have asked for.

I echo the author’s words (of the above)!!! So appreciated your care and great craft in creating my audible book. I am also moved by your respect for the author’s struggles to bring a story to life. Thank you Erin for the word you do.

As a debut author, your supportive nature and thorough knowledge of the audiobook production process was invaluable. I never hesitated to reach out to you with a question. You were always quick and kind in your response.
I send you my deepest appreciation for you and your production team’s efforts.

- Donna Van Braswell,
Author, The Daughter of the Ancients.